Bid’ah (innovation in the religion)

Bid’ah (innovation in the religion) 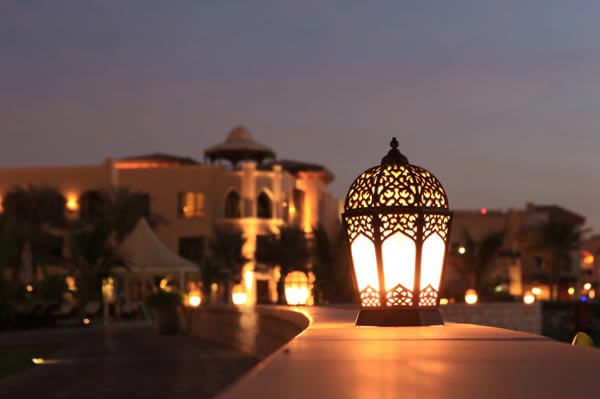 Linguistically Bid’ah (innovation) means ‘a newly invented matter’. The Sharee’ah definition of Bid’ah is: “A newly invented way [beliefs or action] in the religion, in imitation of the Sharee’ah (prescribed Law), by which nearness to Allaah is sought, [but] not being supported by any authentic proof – neither in its foundations, nor in the manner in which it is performed.” Al-I’tisaam of ash-Shaatibee (1/37).

The Messenger of Allaah (sallallaahu alaihi wasallam) said: “Every innovation is misguidance and going astray” Reported by Abu Daawood (no. 4607), at-Tirmidhee (no. 2676) and it is saheeh. Ibn Hajr authenticated it Takhreej Ahaadeeth Ibn ul-Haajib (1/137).

And he (sallallaahu alaihi wasallam) also said: “… and every innovation is misguidance and all misguidance is in the Hellfire.” Reported by an-Nasaa’ee (1/224) from Jaabir bin Abdullaah and it is saheeh as declared by Shaikh ul-Islaam Ibn Taymiyyah in Majmoo’ ul-Fataawaa (3/58).

The Messenger (sallallaahu alaihi wasallam) also warned against the People of Innovation, from befriending, supporting or taking from them saying: “Whoever innovates or accommodates an innovator then upon him is the curse of Allaah, His Angels and the whole of mankind.” Reported by Bukhaaree (12/41) and Muslim (9/140)

And in his footsteps, we find the Noble Companions and the Taabi’een after them warning from the danger of innovations upon the Ummah, its people and their unity, since it is innovations which have divided the Ummah and split it asunder.

Abdullah Ibn Abbaas (d. 68H) said: “Indeed the most detestable of things to Allaah are the innovations.” Reported by al-Bayhaqee in as-Sunan al-Kubraa (4/316)

Ibn Umar (d. 84H) said: “Every innovation is misguidance, even if the people see it as something good.” Reported by Abu Shaamah (no. 39)

Ahmad Ibn Hanbal once said, “The greatest sinner (faasiq) from the Ahl-Sunnah Wal Jamaah is better than the most pious person from Ahl-“Bid’ah”.

‘Abdullaah ibn Mas’ood, said, “Follow and do not innovate, for you have been given that which is sufficient and every innovation is misguidance.” Reported by Abu Khaithamah in Kitaab Ul-‘Ilm (no. 540) and declared saheeh by Shaikh al-Albaanee.

Al-‘Irbaad ibn Saariyah, reports that the Prophet said, “…. I have left you upon clear guidance. Its night is like its day. No one deviates from it after me except that he is destroyed.” Reported by Ahmad, Ibn Maajah (no. 43) and al-Haakim. It is declared saheeh by Shaikh al-Albaanee in as-Saheehah (no. 937).

Al-Marwazee reports in as-Sunnah (no. 95) that ‘Umar ibn ‘Abd Allah-‘Azeez said, “There is no excuse for anyone, after the Sunnah, to be misguided upon error which he thought was guidance.”

Hasan Ibn Attiya, one of the Ta’baeen said, “When the people accept the “Bid’ah” ,  Allah removes the Sunnah from among them and doesn’t return it until the day of judgment.”

One of the early scholars, Al-Barbahaaree, one of the companions of Ahmed Ibn Hanbal, said, “Beware of “Bid’ah”, because every “Bid’ah” started out as something small and resembling the truth and people were fooled by it and followed it until it became bigger and bigger and were trapped by it and it took them out of Islaam.”

Shaykh al-Barbaharee (D. 329H Rahimahullah) Also states: May Allah have mercy upon you. Know that the Religion is what came from Allaah, the Blessed and the Most High. It is not something left to the intellect and opinions of men. Knowledge of it is what comes from Allaah and His Messenger, so do not follow anything based upon your desires and so deviate away from the Religion and leave Islam. There will be no excuse for you since Allaah’s Messenger explained the Sunnah to his Ummah and made it clear to his Companions and they are the Jamaa’ah and they are the Main Body, and the Main Body is the truth and its followers.

This matter has also been indicated by Imaam Maalik (rahimahullaah) in a reported saying of his that ought to be recorded in golden ink. And it is his saying: “Whosoever introduces into Islaam an innovation, which he deems is good, then he has claimed that Muhammad  has betrayed (the trust of conveying) the Message. Read the saying of Allaah, the Mighty and Majestic: ‘This day I have completed your Religion for you, and I have perfected My favour upon you, and I am pleased with Islaam as a Religion for you.’ [Surat-ul-Maa’idah: 3] So whatever was not (part of) the Religion on that day, is not (part of) the Religion on this day. And the last part of this ummah (nation) will not be rectified, except by that which its first part was rectified by.”

Ibn Taymiyyah has a nice passage in one of his books showing that: “In fact, the kufr of Jews and Christians is because of “Bid’ah”. They introduced new things into the religion and those things took them completely away from the true message of Moosa (Moses) and Isaa (Jesus) Alaihumma Salam”.